We thought we had timed it right. Our arrival back into China in November (and hopefully lasting through December as well, as long as my visa is extended).

We had heard that domestic tourists don’t travel in November and December.

But they definitely still sight see. And, well, there is 1.3 billion or so of them after all!

Also, it was a Saturday when we arrived in the ancient water town of Hongcun. The old Huizhou buildings stood strong as if time had indeed frozen still whilst modern China crawled around it and seeped into the long set mortar.

Designed to Fung Shui principles the town actually looks like an Ox from the air (apparently!). You’ll have to take my word for it. As I have taken the ’blurb’s’ word.

From the ground it looked beautiful, as white crumbling walls appeared to rust from too many years battling the weather.

Cobbled streets meandered through between ancient stones and creaky beams. Streams followed suit through the town. From the moon pond… 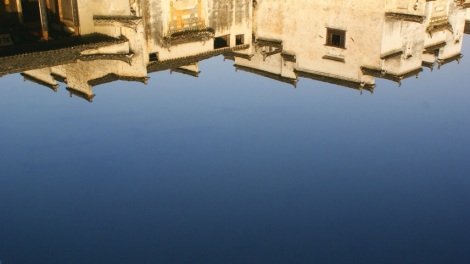 …down to the main lake.

And yet, amidst this ageing relic, which tried so hard to cast its spell, the magic of this sanctuary was fading fast.

For almost 24 hours a day there is no peace. There is no escape.

I realise that as a visitor I was myself part of the problem, not the solution. But the overwhelming number of people (myself included) tainted the pure allurement of this wonderful village.

We had to escape the crowds. So we headed for the trails around the town.

m
A place where the tours daren’t go… Especially the haunted tea groves! 😉 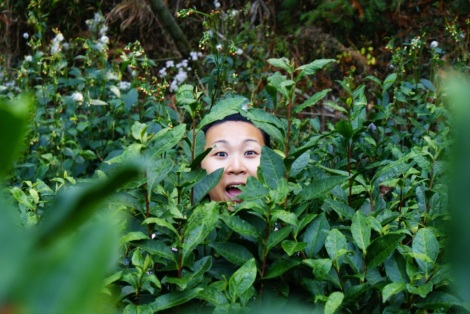 And yet, even here, we were followed.

Bamboo forests and rural villages were certainly a welcome break from being squished against hard, cold stone walls (and almost being pushed into the lake… More than once) but the tranquility we seeked… Well, we were found wanting.

Returning to the scrum we once again searched the stones for that fading magic. Every now and again we found it in a fleeting light, a briefly abandoned alley… 5.32 in the morning… but all too quickly… At 5.33

… Pierced the air around us – in stereo surround sound. The tourists had found us. And the magic was once again receding. 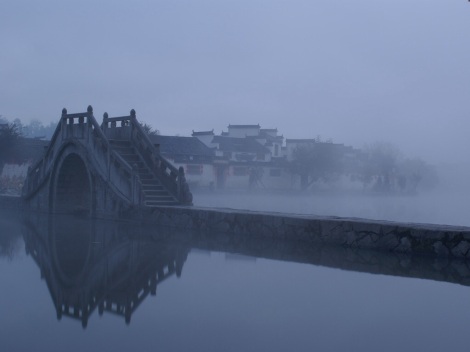 And so we left. Still longing for the spell to be cast over us.

My advice. Come when it’s quiet. Whenever that might be? 😉

P.S. I tried as hard as possible to take pictures devoid of tourists. In some places I think I succeeded. But don’t let this fool you. The place is very, very busy (especially between 8am – 5pm). But hopefully in the pictures you can find the magic that attracted, and ultimately alluded, me!