Leaving the motionless army of Qin Shi behind us we were off. Off to catch a train.

A bus ride into Xian, a taxi to the train station and then a short zip along the rails to mount Hua Shan. The Lotus Mountain.

Well, the bus was delayed. They thought there was a fire on our bus. Turns out it was the bus behind (don’t ask!). So, as soon as we were back on the bus, we were off. Leaving the ablaze bus behind!

No taxi or tuk tuk would take us to the train station out of town, and no buses were heading that way. So we marched. Marched to the underground. Got a ticket. Got a tube. And stood watching the hands… Tick. Tick. Tick. Ever too quickly to the scheduled departure of our train.

Pulling into the station we were pulling at the doors, and then like sprinters (very slow sprinters) out of their blocks we were off up the stairs. Through security and to the gate.

Damn. And other, less choice words.

We managed to get a couple of last minute tickets on another train… In first class as well!

And then just a taxi ride. Another bus. And a cable car. (Easy. Effortless.)! 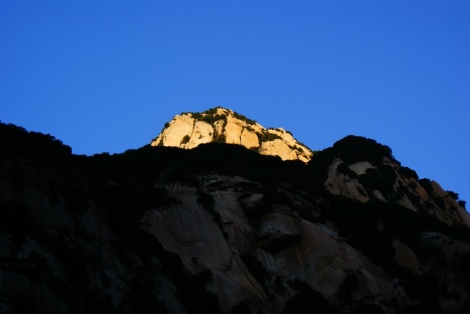 And we were there. On the mountain. For sunset. 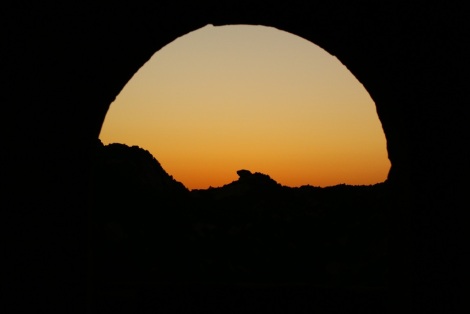 Time for food. Ablutions. And Bed… And one last photo of a mountain alive at night. 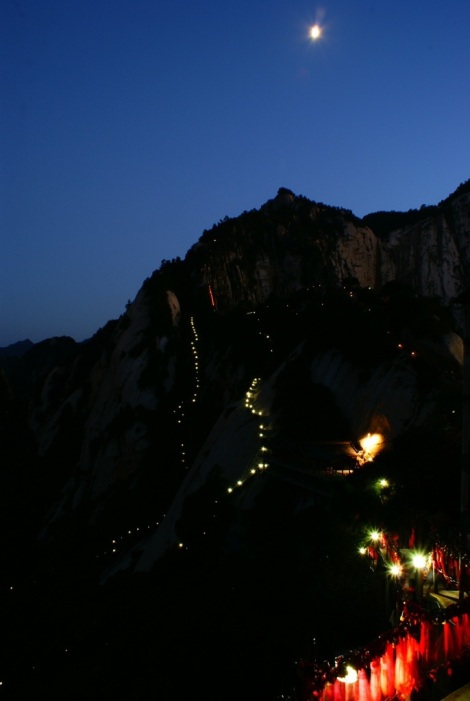 We were rising early the next morning (5am) to make it across to the east peak – or thereabouts – for sunrise.

We rose, or should I say, were rudely awoken at 4am! So…

We ventured out into the crisp mountain air of the morning to find we were not the only ones to have this idea. Some people had walked through the night to reach the mountain; others, like us, had slept in some accommodation clinging to the cliffs. Either way, the narrow mountain paths were now, at this ungodly hour, awash with hundreds, probably thousands, of Chinese tourists… And me!

We joined the scrum and marched through the darkness towards the east.

The mountain has a reputation for being dangerous. As you walk (shuffle) along the narrow paths with black abyss either side, sheer drops inches from your feet; just a few well used chains between you and a fatal fall. I can see why.

But we survived. And saw sunrise. 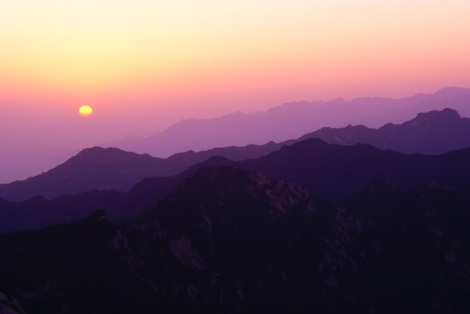 Then it was off again to hit each and every peak. The mountain is known as the lotus as its five peaks: north, east, south, west and central are seen to resemble the petals of the flower. To me they resemble 5 sharp spears that shoot out the ground, connected by thin stands of stone, into which have been carved narrow pilgrim paths. 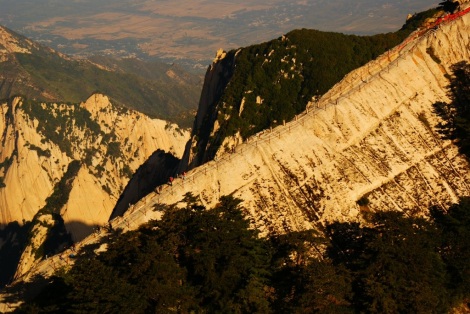 The mountain is, and the surrounded ranges are, beautiful. 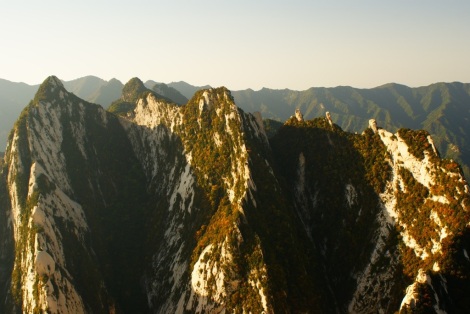 It was originally a Taoist monk monestary and everywhere red ribbons fly and flap in the breeze, and golden padlocks glint in the sun. Symbols of protection and safety to those you love and hold dear. 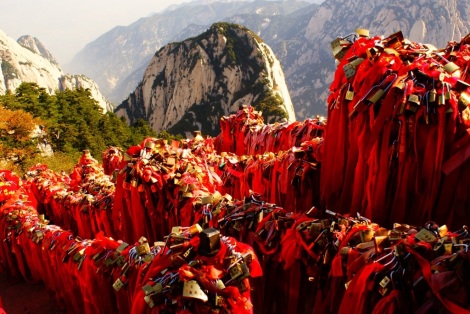 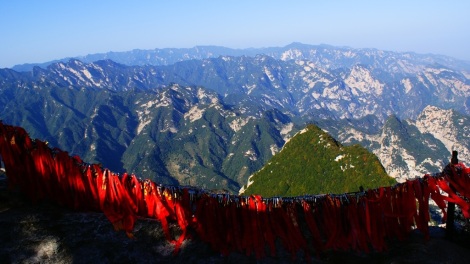 And in a brisk 6 hours. Five peaks reached we were back at the (rickety and wobbly) cable car. A seat to rest our feet and a ride back down to a less vertiginous level.

And with a (less fraught) ride back to Xi’an we once again found ourselves in the ancient capital.

Perhaps Xi’an is no longer the capital, but it is still a city of splendour and a great welcome to China for at least two intrepid travellers. 🙂 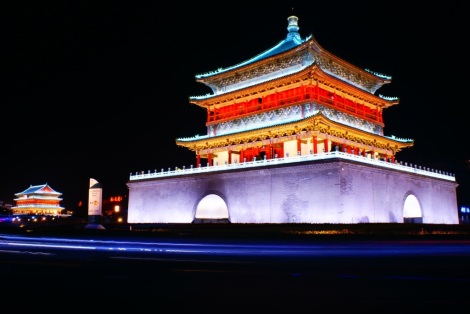